H. C. andersen visited on several occasions the Güldencrone family at Vilhelmsborg south of Aarhus. On these occasions he also visited other people in the area, among others the Güldencrone baroness sister and her husband, Dean N.C. Weisner at Gosmer-Halling.

Hans Christian Andersen was in the period 1822-1826 at Slagelse Latin School in Bredgade under Rector Meisling. In the time during his stay he walks in the area and often strolled past Antvorskov Ruin. Previously, the ruin was both monastery and castle.

During a tour to cities on Funen in 1843, he visited Hindsgavl castle. H. C. Andersen writes in a letter to his friend Henriette Wulff, that he is very excited about the place, especially the view to Kolding Fjord.

H. C. Andersen decided in 1830 to pay a visit to a number of cities on Funen. He visited Svendborg, Vindeby and the island Tåsinge, where he also payed a visit to Valdemar Castle.

Bakkehuset today is a literary and cultural history museum, housed in the apartment where Hans Christian Andersen had visited plenty of times. During that time, Bakkehuset was owned by professor and theatre director Knud Lyne Rahbek and his wife, Kamma. The couple lived there from 1802 until they died in 1829 and 1830 respectively. Bakkehuset […]

Hans Christian Andersen visited for the first time the castle in 1838, on invitation from Count Moltke. The two had become acquainted at the nearby manor Lykkeholm. Glorup Manor or Glorup Castle was a favourite residence of Hans Christian Andersen for many years, first with Gebhard Moltke-Hvidtfeldt in 1839-1851 and again from 1853-1869 with her […]

“Hans Christian Andersen’s House was acquired by Odense Municipality and restored from 1905-1908. The purchase was made in celebration of his 100 year birthday on the 2nd of April 1905. During the restoration, it was crucial to restore the original appearance of the exterior and make the interiors suitable for a museum. The museum opened […] 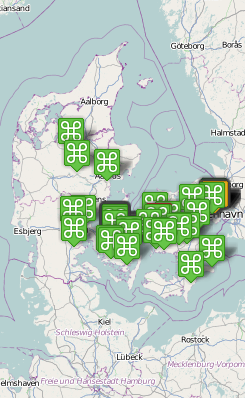